The History of Air Conditioning Starts with Ice

Many of us take having access to air conditioning for granted. It would be hard to imagine what daily life would be like without it during the hottest days of summer. Luckily for us, it doesn’t get as hot as in other climates, but air conditioning also helps with the humidity that we also experience during summer. In fact, moisture in the air is the catapult to the invention of the first electrical air conditioner. Medical intervention kept the technology going until it finally found a comfortable position in the role of providing comfort. The commercial and home air conditioning industry has come a log way since then. It is continuously changing, adapting, evolving, and advancing to bring safe, efficient cool air to more people. We take pride in our air conditioner repair and service work and aim to keep homes cool in summer all over Ocean County. 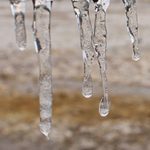 The very beginning of air conditioning dates back to 1851 when Dr. John Gorrie invents an ice making machine. He actually exhibited the machine’s ability in 1848 and he then received the patent in 1851. He created his system to help fight diseases like Malaria thinking that cooling was the key. Fast forward about fifty years and you’ll find the first mentions of electrical air conditioning. In 1902, in order to help with a moisture problem in a publishing company, Willis Carrier comes up with a solution. He was an engineer at the Buffalo Forge Company and was tasked with solving an issue of wrinkly pages due to high humidity content in the air of the publishing house. He developed a system using coils and surprisingly, that is still the basis of many cooling systems.

In 1904, the shift was made where people now viewed cooled and humidity-controlled air was a comfort. The St. Louis World’s Fair used mechanical refrigeration in the Missouri State Building. “Air conditioning” itself is first mentioned in 1906 by Stuart W. Cramer in a patent he filed and is found for the first time in text in 1908.

The 1920’s Bring About the First Big Changes

It again is thanks to Carrier. In 1922, Carrier invents a centrifugal chiller. This system had fewer moving parts and shorter cycles. The result of these changes is a more reliable system that costs less to run. A few years later, engineers and chemists from General Motors manufacture chlorofluorocarbon refrigerants. Thomas Midgley, Albert Henne, Robert McNary changed air conditioning made air conditioner use safer in the respect that CFCs are non-flammable. Much later, of course, we know these chemicals are not good for the environment. To round out the 1920’s, in 1929, air conditioners were brought into homes via room coolers by Frigidaire.

Homes in the mid- to late-1940’s were able to purchase affordable, low-cost window air conditioners thanks to engineer Henry Galson. According to Energy.gov, “By 1947, 43,000 of these types of units are sold in the United States.” A few decades later, another big advancement is made in air conditioning with the invention of Heat Pump Design Model by Oak Ridge National Laboratory. As with the centrifugal chiller, the heat pump system is more efficient and therefore, more affordable. In 1990, CFCs, which were first introduced were viewed as a safety element, are seen as detrimental and are phased out of use in air conditioning as a result of the Clean Air Act.

Many agencies and foundations are setting new standards for industries like air conditioning. Toxic emissions have unfortunately been linked with air conditioning throughout it’s history. Limiting carbon dioxide emissions has driven the industry towards new inventions like non-vapor technologies that do not need to use refrigerants which avoids a lot of issues. No matter where the industry goes or what new systems are invented, you can count on us to stay up-to-date and always provide the best air conditioner repair service. Contact us today for any heating, cooling, or plumbing needs!